I wrote about Chuck Johnson’s approach to practice organization last week but didn’t go into his approach to running Jet and Rocket as that warrants a dedicated post. Chuck had a handout on jet and rocket sweep and gave his summary on why to run it:

I also wrote some notes on the talking he did during the clinic: 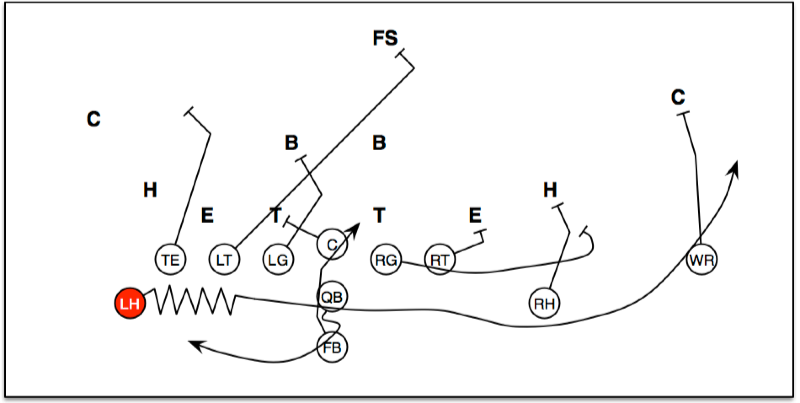 For example, here’s how Chuck would block a weak-side Jet Sweep to the right (Lily 28 Jet Sweep in my terminology) against an even front (4–4 or 6–2 in this case):

He recommends running Rocket Sweep almost the same way, with a few tweaks: