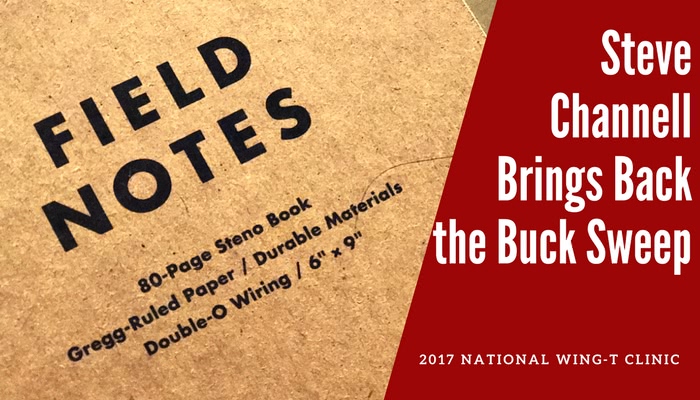 This is the second article about Steve Channell from the 2017 National Wing-T Clinic – check out the first article here.

After talking about formations, shifts, and trades coach Channell dug into his favorite and core Wing-T play: buck sweep. He has been a coach for 24 years and has built two different programs around this single play. He is always under center. 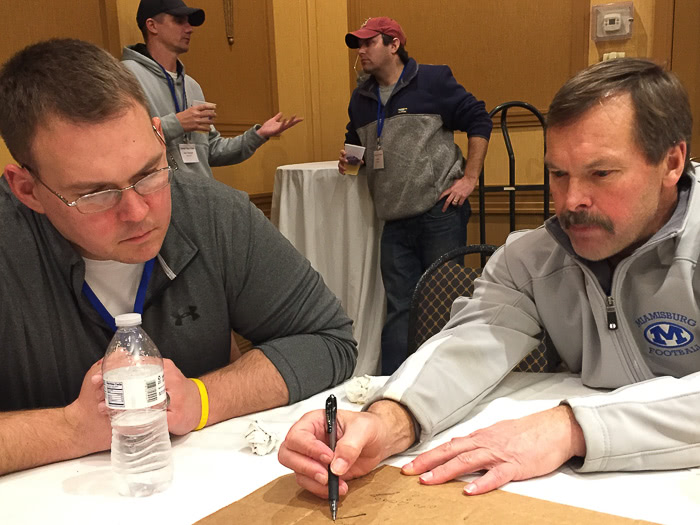 Steve opened with this quote:

Pick 8 plays, and run ’em, and don’t do anything else. – Chuck Klausing

He claims that buck sweep is both the best and worst play. Best because when it is run well it is almost impossible to stop. Worst because it has more variables than most plays that must all be in sync. It takes time, countless reps, and a lot of coach patience to get it right.

Before coach Channell jumped into the details of his variations, he shared some valuable general thoughts:

These base rules for running the buck sweep are as good as any that I’ve seen, so start there if you need a refresher.

Here are his position specific tips:

A Guide to Coach Channell’s Tags

Let’s dive into the variations he runs. Steve wants to create exposed flanks by formations, and he can get to that by shifting (maybe from scramble) or trading. Unbalanced sets are a must, and he wants equal time spent on the SE sweep. He wants to hang his hat on something, and that something in buck sweep. He builds his offense around this play. His variations and tags include:

Run this when there is a player coming hard off the edge that is hard for the wing to handle. Wing instead kicks out the force player and the play-side guard will kick out the squeezer.

Run fold against a strong defensive “read” team. The DE will step out when the TE arc releases and the play-side guard will kick him out. The wing will fold under the TE’s arc release and go to linebacker.

When a LB is scraping hard to C gap and the wing doesn’t have a good blocking angle, move the wing out to flanker and motion-crack with him.

Here are a few variations from different formations.

This is a backfield shifted to the weak-side. You lose the WB block but perhaps the defense over-rotates to stop a weak-side dive or belly play. 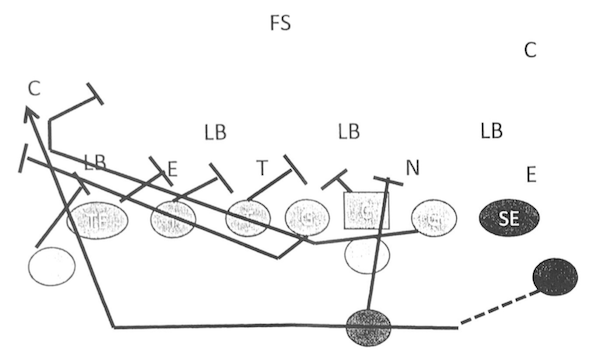 This is a tackle-over formation, with the SE brought into a tight position. If the defense doesn’t shift over, buck sweep could be very tough to stop. If it overplays, then trap might be strong. 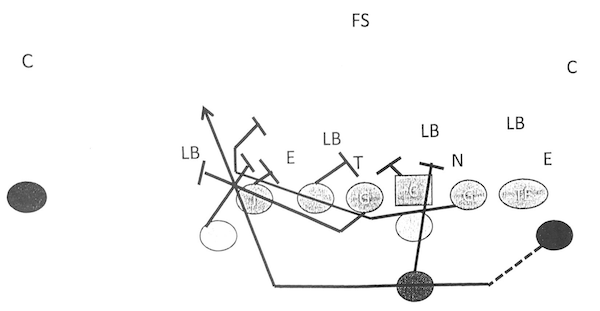 This is an SE-over formation, pulling the CB out wide. We ran this quite a bit last season with good results. Note that he also flips the tackle and TE.

Here he is again taking the wing out a blocking position, but if the jet motion pulls a linebacker over or rotates the safety, it might be just as good or better than blocking someone. 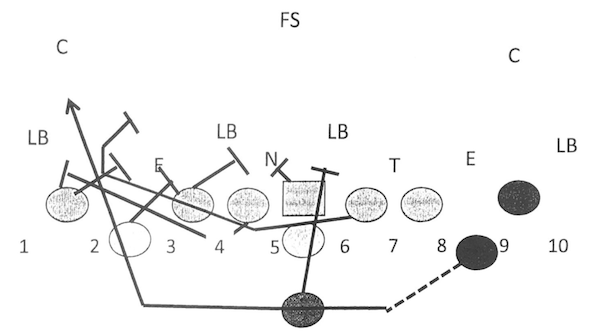 This last look creates a heavy front, nasty splits, with 10 gaps to defend. Many defenses may have a hard time figuring out how to align against this.