Randy Blankenship is the highly successful high school football coach at Aptos High in California. I dropped into his talk about Belly Sweep, Belly Sweep Naked, and practice planning. 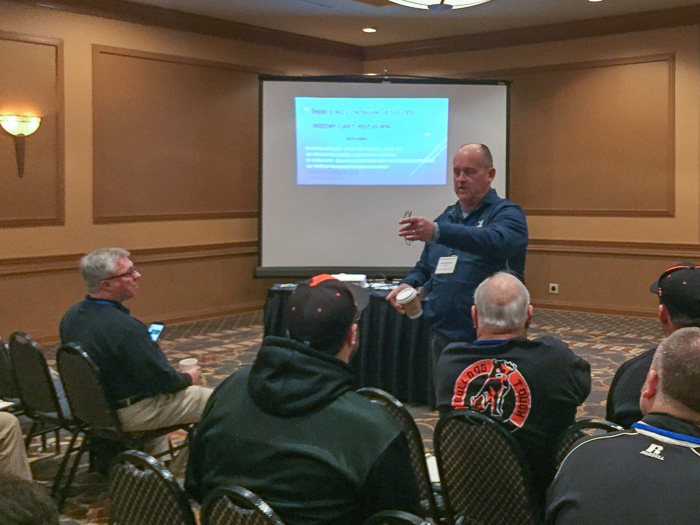 If you need a refresher on this play, check out my article on blocking ISO / Belly sweep.

Coach Blankenship’s terminology is a bit different than what I’m used to - he calls Belly Sweep “2nd Man”, and I honestly don’t know the origin of that. Here’s a summary of rules and guidance he conveyed:

When you run this play, inspect the backside of the play to see if defenders are staying home or chasing. If they are chasing, then run…

This is a naked QB boot off the Belly Sweep, so it will be a very slow developing play. Here are the rules:

Randy had some interesting approaches to his weekly practices.

He will let players have half a sandwich, protein bar, etc. during the middle of practice.

I only made it to about 40 minutes of his talk but enjoyed seeing the Belly Sweep Naked ideas and the film he showed. It looks very easy to install and would be fun for the kids - could be a back breaker if Belly and Belly Sweep are a big part of your offense (it is a staple in my playbook).