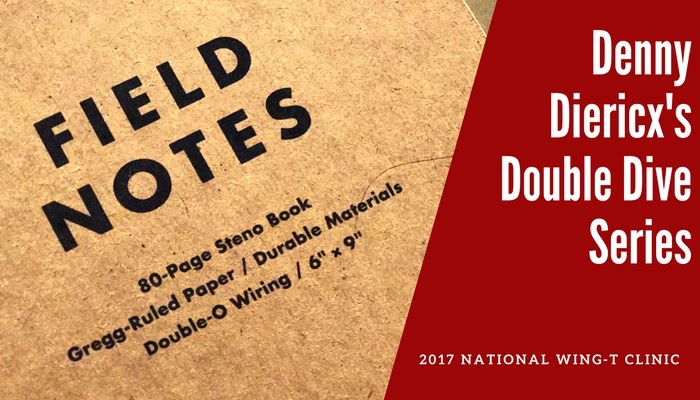 Coach Denny Diericx started coaching at Geneseo High School (IL) in 1983, becoming the head coach in 1991. He remained there until 2004, returning to the staff in 2014. In between he spent three years as offensive coordinator at Beloit College followed by seven years at Rockton Hononegah HS as the offensive coordinator. Denny and I enjoy having lunch together at Primanti’s when we visit the National Wing-T Clinic and it was nice to finally catch one of his clinic talks. 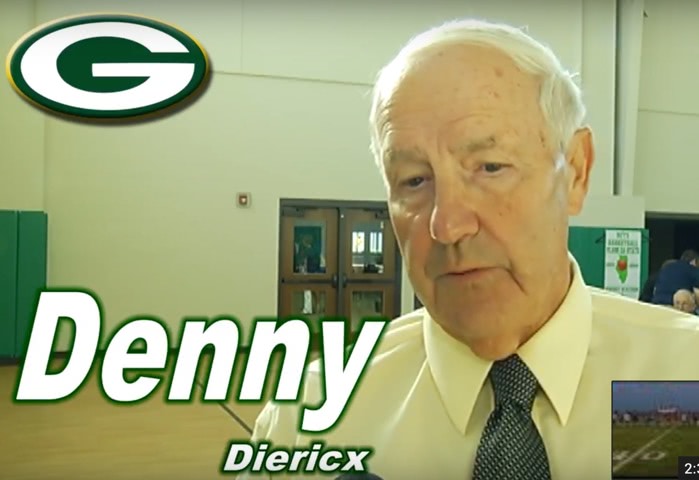 Denny’s talk was on his double dive series, which is not strictly a Wing-T series (I think it probably predates the Wing-T) but can easily be incorporated into any Wing-T scheme.

When I watch double dive film, I think “triple option” but from what I’ve learned most coaches don’t run this as an option series and instead rely on explicit calls on who will get the ball. Also, there’s no pitch relationship to worry about as it is the QB who attacks the flank.

Denny made these key points about the series: 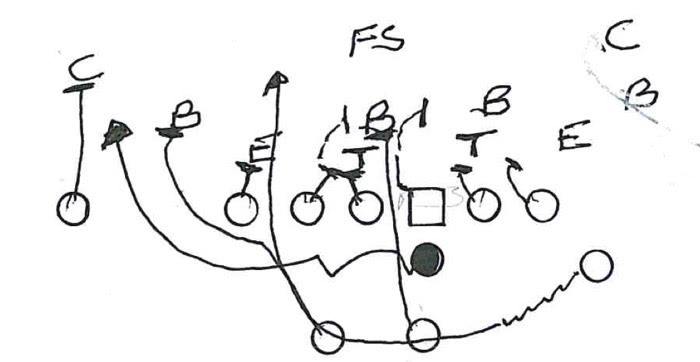 The image above shows the final progression in the double dive series, where the QB keeps the ball and attacks the flank. This is what he will call when run supports begins attacking the C gap to stop the 2nd back.

This video is a wishbone double dive, but can help get you acquainted with the look and flow as we dive (hah!) deeper.

Coach Diericx uses 2 foot splits and keeps his lineman as far off the line as legally possible. He will tighten to 18" when in a goal line situation. The FB is in a 3 point stance and he will split the SE out 10 to 12 yards.

The diagram above shows a flipped Wing-T backfield (dive back on the TE side, wing back opposite, SE over the TE) but you have a lot of flexibility in how to run the series. The motion of the wing into dive back position probably hints at the origins of this series in the straight-T offense.

This is the first play in the series and is an A-gap dive play to the fullback. He likes to establish this play early to make the linebackers very conscious of the A-gap threat. 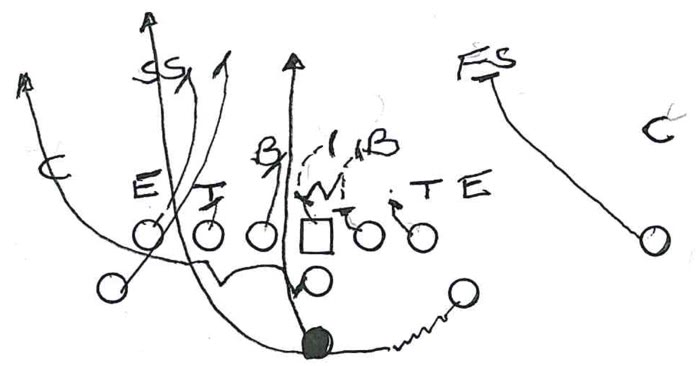 Here are the rules and teaching points:

When executing a “Fire” block a lineman takes a fire step with his playside foot, strikes with his head to the playside and uses the shoulder away from the direction of the block. For example a “Fire” block to the right would be with the left shoulder. This block is finished by driving the outside (right) hand into the outside number of the defender and bench-pressing with the outside (right) arm. He should also swing his tail and attempt to finish the defender back to the left

The next play in the series is the true “double dive” play where the 2nd back gets the ball off-tackle.

Here are the rules and teaching points:

There are quite a few variations that Coach Diericx will use. For example, with 5- and 9-tech on the playside he will call a cross block: 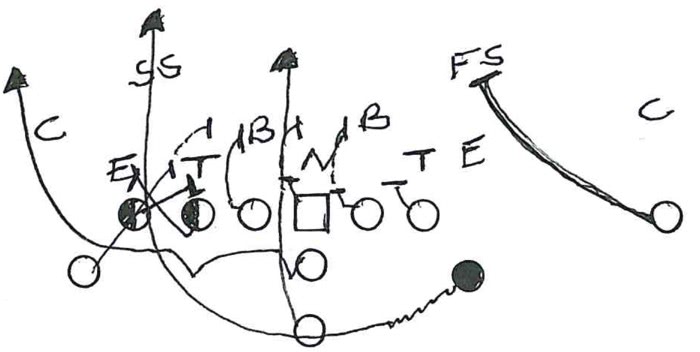 Influence - run TE around DE stud, go to corner, have HB kick out DE (he should be influenced by release).

Bullet - vs shaded N play side, the FB must help the center

Here’s an example of the blocking vs. a 3–3 stack: 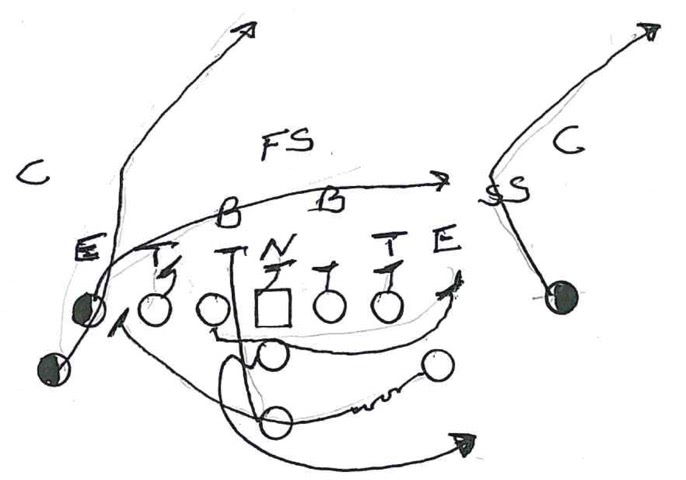