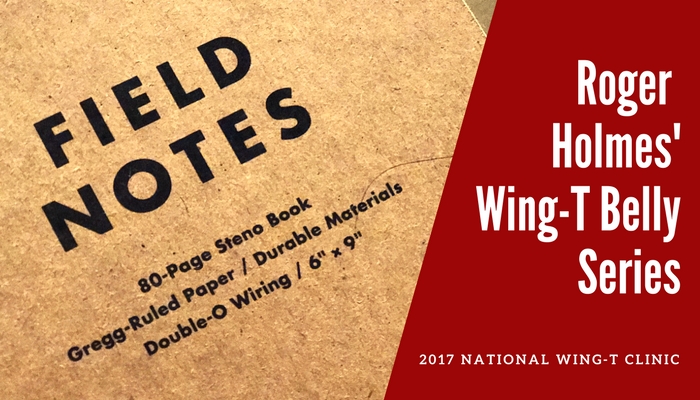 Get more information on Roger Holmes’ systems at his online clinic store.

Roger Holmes is the head coach at Dublin High School in Georgia, USA. He has 40 years of experience with the Wing-T and originally learned the offense under Coach Herschel Moore of Cumberland University. This is the second of two articles and focuses on his approach to the Wing-T belly series.

First, a couple of quotes from Roger. He was quite the entertaining speaker.

Coach Holmes don’t call any bad plays! The reality is, can you execute?

Quick Aside - Down Play

Coach Holmes did talk about the Down play, but not much. He gave his basic rules, then went right into his weak-side belly series. Here are his rules for Down, which he calls “Belly G”:

Other Plays in the Series: