The Wing-T offense relies on offensive linemen that can proficiently execute a small set of blocks with proper footwork and quickness. 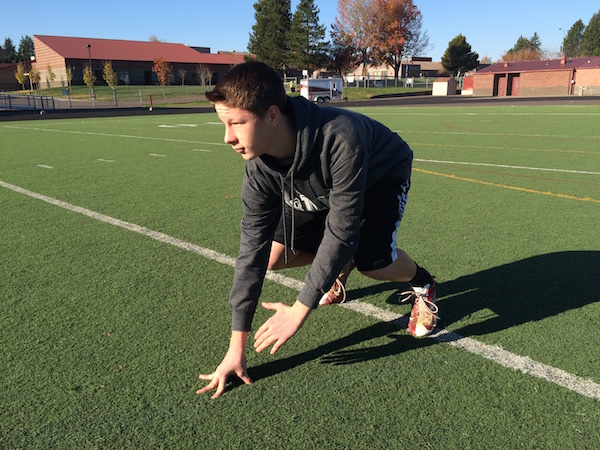 Use the following teaching points for the offensive lineman three-point stance:

I'll cover other blocks in a future post, but let's cover the down block as it is one of the primary blocks in the Wing-T. It is used to block the first man down on the line, usually lined up on or shading near an adjacent offensive lineman. The down block is a same shoulder block unlike most others in the Wing-T. A "Down Block Left" would include the following:

Note that if the defensive lineman penetrates aggressively on a down block, the lineman may need to use a gap block technique (see below) to cut off the defender.