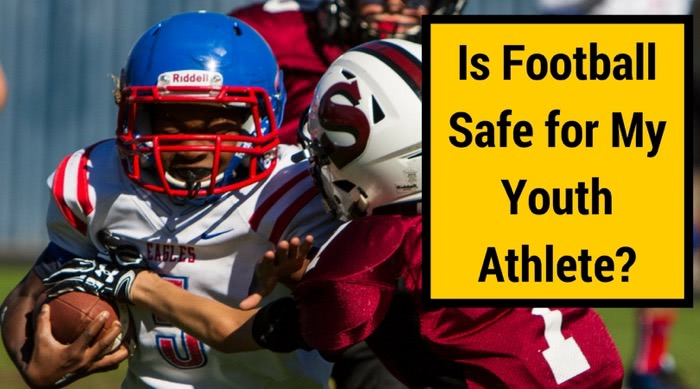 This is an email I sent to the parents of our youth football association in August 2017.

Have you ever noticed that almost every anti-football article you read these days starts out talking about an NFL football player that has amyotrophic lateral sclerosis (ALS) or chronic traumatic encephalopathy (CTE) due to the multiple concussions received throughout his football career?

One recent study by the Journal of the American Medical Association (JAMA) implies that 99% of all football players that make it to the NFL will develop CTE, but there is risk in drawing such a broad conclusion:

… as the authors themselves note, the study is affected by selection bias. CTE has been in the news a lot, and it is extremely likely that family members who had reason to suspect CTE in their deceased former football player were probably likelier to donate brains for the study. The authors write, “[E]stimates of prevalence cannot be concluded or implied from this sample,” yet headline writers did precisely that.

Read the article by the American Council of Science and Health for more information.

Interestingly, another study from JAMA this year found that “there was no statistically or clinically significant harmful association between playing football in high school and increased cognitive impairment or depression later in life, on average.”

It is important to evaluate the safety of a sport like football at the youth level with other sports and activities common at that age group (lacrosse, skateboarding, bicycling, etc.). It is also important to not equate playing youth football with playing the NFL; youth football is not the NFL any more than riding your bike to a friend’s house is the Tour de France.

Lincoln Youth Football, the Tualatin Youth Football Association (TVYFL), and USA Football have collaborated to make significant improvements in player safety at the youth football level. A great way to learn more about these improvements (and get more information on what you can do as a parent) is to spend some time exploring the parent resources at USA Football.

Some specific examples of techniques and programs adopted by LYF include:

To summarize, while no sport is without risk, football is becoming safer every year. It can be misleading to draw conclusions about youth sport safety from professional sports. We believe that football is still the best team sport for our youth, teaching and reinforcing important life skills such as discipline, teamwork, persistence, and sportsmanship.