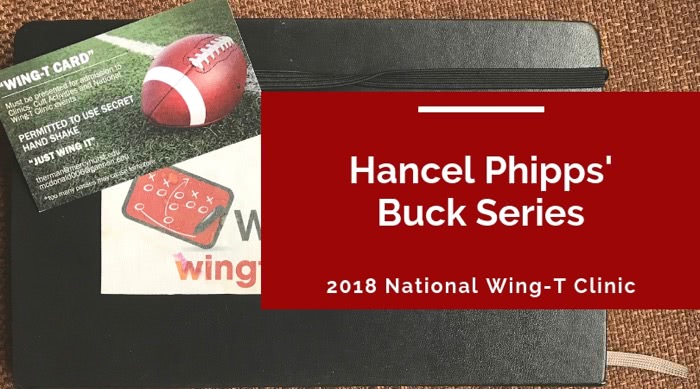 Hancel Phipps coaches football at Wake Forest HS in NC. His teams have been on a pretty good run lately. Coach Phipps was at the National Wing-T Clinic in 2018 and gave a great talk on his buck series. I’ll focus on his specific tweaks and extensions.