I’ve had a few coaches ask about our “Wings Hot” play. This is a very simple 3 or 4 vertical route, 3-step drop pass play which can be handy when teams start overloading, bringing up their safety as an extra linebacker, or if you think they might have a hard time covering a wingback coming out of the backfield.

Sometimes simple is good. A simple play is easy to install, easy to rep, and easy to execute in the game. The reads are simple for the quarterback. And you don’t even have to read if you think that’s too much.

I run this out or Rose and Lily, our double wingback formations. 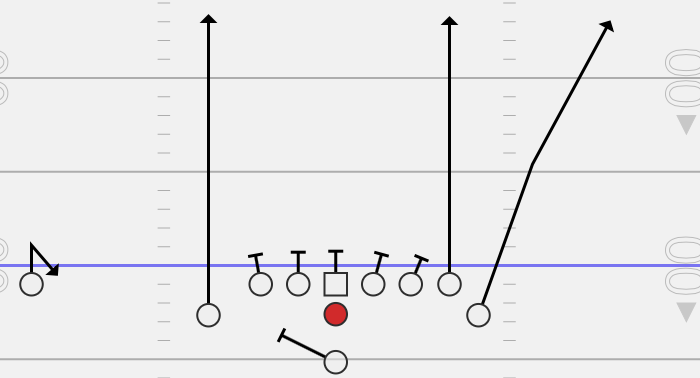 Above is Rose Wings Hot. It is a three-step drop so the receiver will catch the ball at about 12 to 20 yards down the field. Our default rule is to release the TE, left WB, and right WB on vertical routes. The WB that is on the TE streaks to the numbers to get separation from the vertical streak of the TE.

While you can release the split end / WR on a vertical route, we prefer to run a fake quick screen as it will often pull up the cornerback on that side. 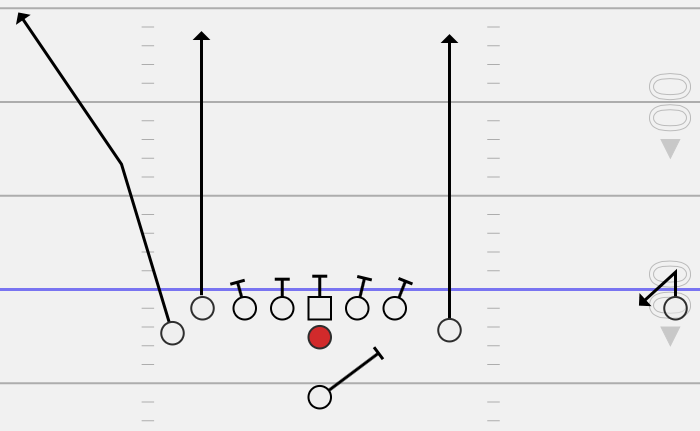 Let’s talk about the quarterback read progression. We usually find a free safety playing over our TE, so we will usually have the QB look to the TE side and even pump fake to the TE, then throw to the WB on the WR side. You can also just do a read between the TE and WB and throw it to whichever is not covered by the safety. Route separation is key here: you can see in some of the film above where the TE and WB bend their routes into the post. This only helps the safety.

If you have two deep safeties, you probably shouldn’t be calling this play. Run the ball!